Privacy 108 is a Moreton Bay Foundation Ambassador and delighted sponsor of  a Sanderling, one of the incredible Shorebirds that make Moreton Bay their home. Understanding more about these birds will help keep them safe, but is surveillance ever a good idea?

Moreton Bay is a unique jewel of biodiversity, cultural heritage, and aesthetic beauty; not on a local scale but on a world scale.  It is home for first nation peoples, boaties, fishers, holiday-makers, prawn breeders, oyster farmers, bird watchers, cast-aways, researchers and the most amazing wildlife, all within sight of Brisbane. 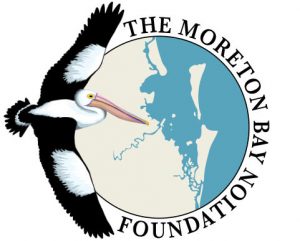 The Moreton Bay Foundation brings together a diverse group of stakeholders with a vision for Moreton Bay to be recognised as the international treasure it is, known for its excellent environmental health, biological diversity, and ecological sustainability, its innovative robust and resilient economy, and its Indigenous culture and heritage.

Visit the website to learn more about our fascinating Moreton Bay and how you can help.

One of the many ways that Moreton Bay is a international treasure to be recognised and supported is because of its birdlife,  In particular, the Shorebirds who visit each year.

Shorebirds, also known as waders, are a diverse group of birds commonly seen feeding in intertidal areas  or on the fringes of freshwater wetlands (mudflats to most of us). They generally have long legs in relation to their body size, no webbing on their feet and, most importantly, they do not swim.  This means that if they run out of steam on their  annual migration north for breeding in colder climes, there are few options. They can’t have a rest in the China Sea before setting off again.

The types of shorebirds often identified in the Moreton Bay Region include:

For those of us who aren’t keen twitchers you’ll be comforted to know that even highly trained bird watchers can find it hard to identify the different species as they all feed happily together on the Moreton Bay mudflats.

Some quick facts about Shorebirds: 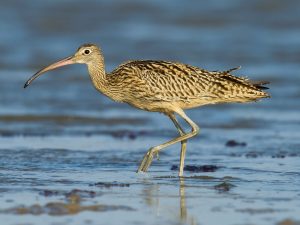 Moreton Bay  and the Shorebird Migration

Migrating shorebirds need huge amounts of energy to complete their journey north each year, where melting snow brings masses of insects, providing a vital food source for self-feeding chicks. Once breeding is complete, and before the onset of the arctic winter, the adults and their chicks begin their return journey to the plentiful feeding grounds in the south, including Moreton Bay, using the East Asia Australasian Fly Way (how good does that sound!).

One of the best-studied species, the eastern curlew, dramatically builds up its body weight just prior to migration. During its 13,000 kilometre flight from Siberia to Australia it will burn 40 percent of its body weight. This is equivalent to an 80 kilogram person running 16 million kilometres almost non-stop and losing 32 kilograms, twice a year!

But not all Shorebirds head north every year. Each year, around 15 percent of the migrating shorebirds that visit Moreton Bay Marine Park in the summer remain for the whole year. This includes birds that are too young to breed or adults that are too weak for the northern journey.

Moreton Bay Marine Park ‘s wetlands are extremely critical for shorebirds. This importance has been further acknowledged through its listing as a Ramsar site – an international treaty providing for the conservation of wetlands and their resources around the world.

As part of the Foundation’s Shorebird Sponsorship program, Privacy 108 has sponsored the Sanderling – one of these amazing Shorebirds that make Moreton Bay their home for part of the year.

The Sanderling has been recorded in significant numbers on the south end of Moreton Island near the South Passage. The Sanderling likes a good beach and is found almost exclusively on open sandy beaches.

The Sanderling is a tiny, pale grey wader, seen darting along shorelines. The upper body is grey, with white below. The bill is dark, thick at the base and slightly drooped at the tip. The legs are short and black and lacking a hind toe. The flight is flickering and a prominent white wingbar is obvious. When in breeding plumage, the head, neck and breast is rufous.

Unlike other Shorebirds that are threatened with incursions into feeding grounds, the Sanderling remains plentiful and adaptable, and is seen in Canada and Europe as well as Moreton Bay.

As part of our sponsorship, we will follow our Sanderling as it heads north and then home again on its annual migration.  Stay with us as we keep you updated on this amazing journey.

We still know very little about these amazing birds, their incredible journey and how they make it each year.  And this is something that the Moreton Bay Foundation is working on.

There are many benefits from using drones and automated surveillance to understand more about Moreton Bay’s Shorebirds.

Capturing images of the birds, and using automatic processing (a little like biometric recognition) can help determine bird abundance, giving researchers a more accurate, efficient, and practical method for recording bird counts, and for reaching inaccessible areas and large flocks.   This information can be used to ensure that habitat and feeding grounds are protected and supported and that interruptions and disturbances are reduced.  If we can work out how to use drones to gather information about the birds, it will reduce volunteer effort, while causing minimal disturbance, complementing the existing manual survey effort.

The project supported by the Moreton Bay Foundation – ‘Surveying Shorebirds’ – is overseen by Professor Richard Fuller and implemented by Researcher Josh Wilson in a partnership between the University of Queensland, Queensland Parks and Wildlife Service, and the Queensland Wader Study Group. 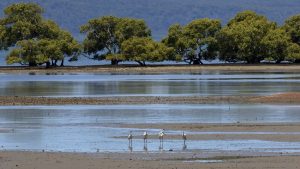 While  Privacy 108 is happy to contribute to the funding of this project to protect our shorebird populations into the future, needless to say, we appreciate the issues raised.

Whilst supporting this research and following our Sanderling on its epic journey , we will examine further some of the issues raised including:

We would love to hear from you about any of these issues or if you have spotted a Sanderling in your travels.

More about Moreton Bay and Shorebirds

Some more references for those who are interested in Moreton Bay and its Shorebirds: